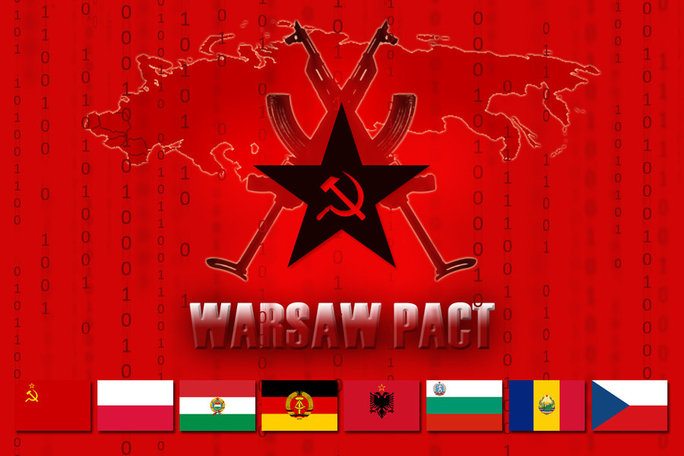 The creation of a Warsaw “anti-pact” initiated by NATO, gives some interesting historical conclusions. Although no one can say that the former Soviet Union or Russia today are geopolitical “angels”, in both cases, it seems that their role was mostly to defend themselves against the US aggression.

Warsaw Pact, being the military completion of the Council for Mutual Economic Assistance (Comecon), was created in 1955 as an answer to the US decision to include West Germany to NATO. Soviet Union had initially proposed to join NATO, while subsequently, made a series of other proposals for the creation of a pan-European defence coalition without taking account the social system in each country.

However, all the plans of the Russian Minister of Foreign Affairs, Vyacheslav Molotov, repelled by the United States because they were promoting the rearmament of West Germany and the beginning of the Cold War through which they would secure American hegemony in Western Europe.

As in the NATO case which was assumed to be a coalition between equal members but in reality was completely controlled by Washington, the Warsaw Pact was a “showcase” behind which Moscow was hiding its dominance. Both coalitions interfered in the internal political life of the members.

The basic difference was that NATO made this possible through secret operations (teams like the Gladio in Italy, or, the Red Fleece in Greece), while Moscow was mobilized through military action too, with the most characteristic example, the invasion in Czechoslovakia.

However, the most terrifying similarity, was probably the fact that Washington did not hesitate to cooperate with real nazis in order to promote its plans against Moscow. Until 1954, after releasing all the industrialists who supported Hitler’s rise to power, the United States permanently terminated the process of de-nazification of the West Germany mechanisms. Moreover, allowed the presence of hundreds of nazis officials in the secret services of the country (Gehlen). Today, the US and the EU did not hesitate to cooperate even with Svoboda, the Social-National party in Ukraine, in order to overthrow the pro-Russian government of the country and bring NATO closer to the Russian borders.

Almost sixty years after the creation of the Warsaw Pact, the United States are betting again on the military tension, trying to sabotage any attempt of capitulation. A key role will be played again by Berlin, which today is not under the American or the Soviet supremacy, but is called to decide whether to go East or West.