The picture of a hipster taking a selfie during G20 protests in Hamburg has gone viral despite the fact that many have questioned its authenticity.

But authenticity is not the issue here.

For free market bigots having an iPhone and protesting capitalism is contradiction in terms. According to them every achievement of modern science and technology  must be a product of free market capitalism.

Let’s first have a look at a very short excerpt of the documentary THIS IS NOT A COUP where the British Economist Ann Pettifor explains that very few companies owe as much to the public sector as Steve job’s creation does.

“Mr. Apple” Ann Pettifor told us, “needed the American government to invest  in the basic elements of the iPhone in order for him to develop it as a private product. He himself was not entrepreneurial enough to invent the internet and all of those major elements of the iPhone which could then be privatized and used in the private sector”. 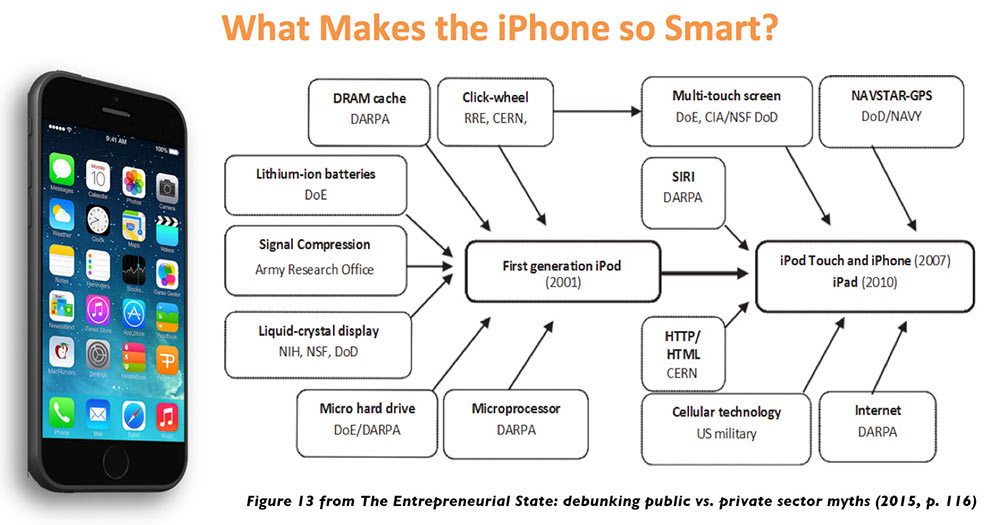 Ann Pettifor explained that in times of crisis, private sector is like a rat and the state is like a lion; willing to take action despite the risk. In essence, states become much more entrepreneurial. On the other hand, it is hard to believe how nervous and anti-business the private sector becomes when the conditions are not ideal.

A legacy that’s not so pleasant for Steve Jobs – the Messiah of the new American economy.