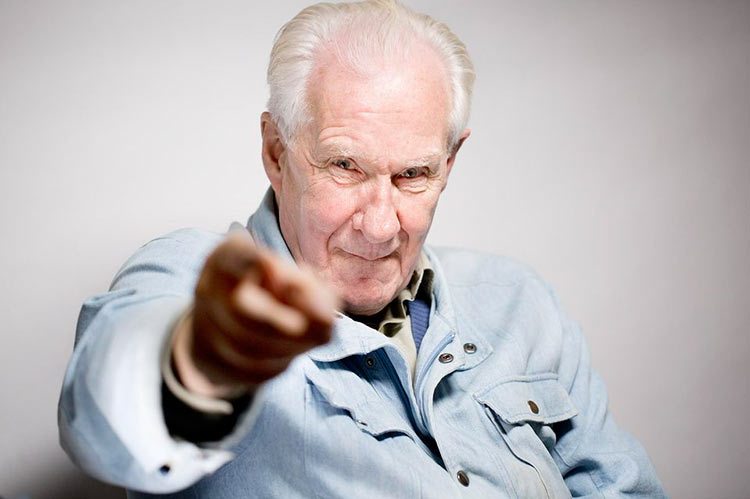 In this column from Le Monde, philosopher Alain Badiou argues that voting only reinforces conservatism. He instead advocates “reinventing communism.” Translated by David Broder for Verso.

A lot of the electorate is still undecided about the presidential vote. I myself can understand. It is not so much that the programmes of the candidates considered eligible are somehow in the dark, or confused. It is not so much — to pick up on a turn of phrase I once applied to Sarkozy, which enjoyed a certain success — that we have to ask ourselves “what they are the name of.” Rather, all this is only too clear.

Marine Le Pen is the modernized — and thus feminized — version of what the French far Right has always been. A tireless Pétainism.

François Fillon is a Pétainist in a three-piece suit. His (personal or budgetary) philosophy can be reduced to “saving every penny.” He is not all that attentive to where his own pennies come from, but he is filthy miserly, intransigent, when it comes to fiscal spending and in particularly the money meant for the poor.

Benoît Hamon is the timid, rather limited representative of “left-wing socialism”; something that has always existed, though it is harder to identify or to uncover even than one of those characters we never see.

Jean-Luc Mélenchon — certainly the least disagreeable — is nonetheless the parliamentary expression of what we today call the “radical” Left, on the precarious boundary between the old ruined socialism and a spectral communism. He masks his programme’s lack of boldness or clarity with an eloquence worthy of Jean Jaurès.

Emmanuel Macron, for his part, is a creature brought out of nothing by our true masters, the latest capitalists, those who have bought up all the papers as a precaution. If he believes and says that Guiana is an island or that Piraeus is a man, it is because he knows that no one in his camp has ever been committed by what they said.

So those who hesitate know — however uncertainly — that in this theatre of old and well-known roles, political conviction counts for very little, or is only a pretext for fallacious sleights of hand. That is why it is useful to start out from the question: what is politics? And what is an identifiable, declared politics?

A politics can always define itself on the basis of three elements. Firstly, the mass of ordinary people, with what they do and think. Let us call this “the people.” Then, the various collective formations: associations, unions and parties — in sum, all the groups capable of collective action. Finally, the organs of state power — MPs, government, army, police — but also the organs of economic and/or media power (a difference that has become almost imperceptible), or everything that we today call — with a both picturesque and overpowering term — “those who decide.”

A politics always consists of pursuing objectives by articulating these three elements. So, we can see that in the modern world — broadly speaking — there exist four fundamental political orientations: fascist, conservative, reformist and communist.

The conservative and reformist orientations constitute the central parliamentarist bloc in the advanced capitalist societies: the Left and Right in France, the Republicans and Democrats in the USA, etc. What these two orientations fundamentally have in common is that they assert that the conflict between them — notably as regards the articulation of these three elements — can and must remain within the constitutional limits that they each accept.

What the two other — fascist and communist — orientations have in common, despite the violent opposition between their objectives, is that they maintain that the conflict between the different parties over the question of state power is tendeentially irreconcilable: it cannot be restricted to some constitutional consensus. These orientations refuse to integrate objectives contradicting their own — or even simply different to their own — into their conception of society and the state.

We can use “parliamentarism” as the name for an organisation of state power that ensures conservatives and reformists a shared hegemony — mediated by the electoral machinery, the parties and their clientele — that everywhere eliminates any serious prospect of the fascists or communists holding state power. This is the dominant form of the state in which we call “the West.” This itself requires a third term, a powerful common contractual base at once both external and internal to the two main orientations. Clearly, in our societies, neoliberal capitalism is this base. Unlimited freedom of enterprise and self-enrichment, absolute respect for private property — guaranteed by the judicial system and heavy policing — confidence in the banks, youth education, competition under the cover of “democracy,” appetite for “success,” repeated assertions of the harmful and utopian character of equality: such is the matrix of the consensually agreed-upon “freedoms.” These are the liberties that the two so-called “governing” parties more or less tacitly commit to guaranteeing in perpetuity.

The becoming of capitalism can bring some uncertainties as to the value of the parliamentary consensus, and thus to the confidence accorded — during the electoral ritual — to the “big” conservative or reformist parties. This is notably true of the petty bourgeoisie whose social status is under threat, or in working-class regions ravaged by deindustrialisation. We see this in the West, where we can see a form of decadence in the face of the Asian countries’ rising power. This subjective crisis today unambiguously favours pro-fascist, nationalist, religious, Islamophobic and warlike orientations, for fear is a bad advisor and these crisis-ridden subjectivities are tempted to grip on to identitarian myths. Above all, because the communist hypothesis has emerged terribly weakened from the historic failure of all of its first, statised versions — principally meaning the USSR and the People’s Republic of China.

The consequence of this failure is self-evident: a good part of the youth, the disadvantaged, the abandoned workers, and the nomadic proletariat of our banlieues are convinced that the only alternative to our parliamentary consensus is the fascist politics of embittered identities, racism, and nationalism.

Communism, a liberation of humanity

If we are to oppose this terrible turn of things, only one path is open to us: to reinvent communism. This greatly spat-upon word must be picked up again, cleaned, recreated. It heralds — as it has for less than two centuries, but in a great vision backed up by the real — a liberation of humanity. A few decades of unprecedented attempts — violent because they were brutally encircled and attacked, and finally doomed to defeat — cannot convince anyone of good faith that they are enough to wipe out this prospect, forcing us to give up on realising it forever.

So, should we vote, then? Fundamentally, we should be indifferent to this demand, coming from the state and its organisations. By now, we should all know that to vote is but to reinforce one of the conservative orientations of the existing system.

Brought back to its real contents, the vote is a ceremony that depoliticises peoples. We must begin by everywhere properly re-establishing the communist vision of the future. Convinced militants must everywhere go and discuss its principles among all the popular contexts of the world. As Mao proposed, we must “render to the people, in its specificity, what it gives us amidst the confusion.” And that is reinventing politics.