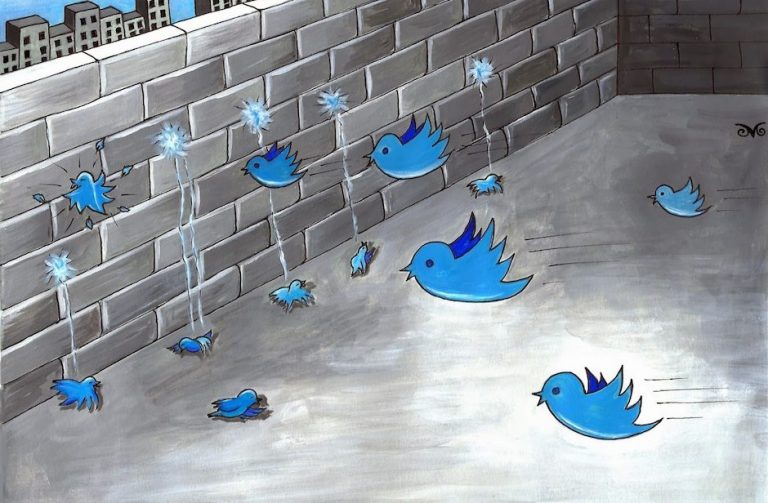 Viral: Montage on the internet

A Bulgarian police officer and a protester in Singapore, or, an old lady in Argentina and “Loukanikos” – the dog that gained global publicity for participating in demonstrations in the center of Athens: What do they have in common?

All of them appeared in photos showing that they participated through various ways in conflicts after the anti-government demonstrations in Venezuela. Nicolas Maduro opposers were uploading photos of police brutality from all over the planet very fast, in order to promote their positions. Many of these photos became, as it is known, viral, which means that they have been reproduced very fast on the internet, in such extent that, they reached the reportage of a CNN journalist.

The fact that, none of these photos were forged through picture processing programmes, but only pictures from other countries were used, made propaganda much more effective (although many people wondered why Venezuelan police officers wear fur hats, or, have Asian-type eyes, or, hold shields with the word “police” in Greek language on them).

Misinformation is a weapon of mass destruction
Faithless

Only two decades ago, the misleading use of photos could be spread at this speed only through the mainstream media of the planet. The famous cormorants of Brittany which were appeared to be drowning in Persian Gulf oil lakes by CNN, and photos of the supposed mass graves in Timișoara-Romania, were only the most known examples of the dominant misinformation.

Today, however, social media secure that such counterfeiting of reality can start by any internet user to flood the planet. Usually, the most serious propagandists avoid such practices as they can be easily uncovered (an exception is the Greek PM’s advisor, George Mouroutis, who, in order to prove that a SYRIZA gathering was not successful, uploaded photos of an empty square on twitter). However, even the most blatant examples of fraud usually meet their target, which is to create the desirable impression.

Theoretically, the answer to this problem would be someone to condemn such incidents, blame the irresponsible journalism of citizens and give credit to professional journalism, or probably not?

A more careful examination of photographs and videos (modified or not) which usually become viral on the internet, proves that the vast majority of them are in alignment with the ideological line of the mainstream media each time. Not a single photograph has been circulated globally showing prosperity in Venezuela. On the contrary, false pictures of empty shelves in supermarkets spread like a virus every time there is a government crisis in Caracas. Also, false stories against Muslims usually spread rapidly, although such stories against Christians are almost absent.

A characteristic example is a picture, a few years ago, showing the little bridesmaids in a wedding in Gaza. The caption on this photograph described Muslims as paedophiles funded by Hamas to marry little girls – a fraud also reproduced by a Greek newspaper.

Many people consider the official propaganda mechanisms of governments and big organizations responsible for the fact that, false news that reproduce the dominant ideology in international matters become more frequently viral, and in many cases, this is not far from reality. For example, a video that millions of people saw recently, concerning the situation in Ukraine has been directed by Ben Moses (creator of the movie “Good Morning, Vietnam”), who is connected with American government executives and organizations like National Endowment for Democracy, funded by the US Congress. This video shows a beautiful young female Ukrainian who characterizes the government of the country as “dictatorship” and praise some protesters with the neo-nazi symbols of the fascist Ukranian party Svoboda on them.

However, behind complicated explanations which can be dangerously connected to conspiracy theories, there is probably a more simple explanation: social media still reproduce, to a great extent, the mainstream storytelling, which is shaped by the state mechanisms – school and mainstream media – reflecting economic elites that control them. The scene, of course, is very different now than only five years ago.

The challenge of the mainstream media domination by the journalism of citizens and by new ways for revealing information like WikiLeaks, has brought impressive changes. However, it seems that, those who believed that technology alone would be enough to change rules in information, neither this time have proved right.