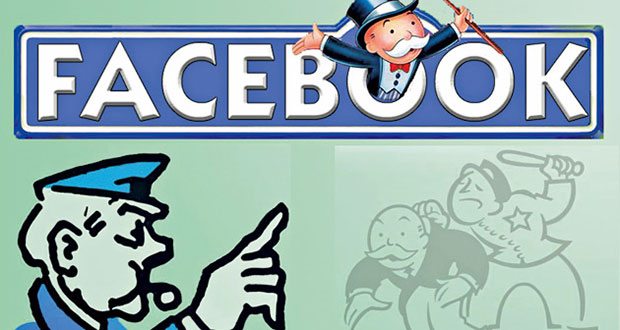 Reports about Facebook’s interference during the American presidential elections brought to light an even more serious matter: The creation of a monopoly in media that would even make citizen Kane look like the neighborhood’s newspaper boy.

Mark Zuckerberg, the man behind Facebook, listened carefully to famous journalists of the American Right and some of the most distinguished members of the Republican Party, who had arrived in the meeting in a terrible mood.

The reason for this was an anonymous allegation, made by a former Facebook partner, who accused the company that it’s employees intervene in the news feed at the expense of conservative politicians like Donald Trump.

Zuckerberg managed to convince most of them that this was yet another conspiracy theory.

And that was probably the case. The whole matter reeks of Neo-McCarthyism and brings to mind stories that claim Hollywood is yet again controlled by the left.

However, while most were convinced that Facebook had not became a tool for the promotion of the American Left, even more were the ones that remained with a question: What would happen if Zuckerberg’s Empire really decided to interfere with the news flow by promoting certain text and “burying” others?

It was eventually revealed that the texts are not chosen automatically by an algorithm (like the company implied) but through the intervention of Journalists.

Robert McChesney, professor at the department of Communications at the University of Illinois explained that “the real problem is the monopoly power that companies like Facebook, Google and Amazon gain.”

“Their every move affects the way we see and understand the world around us. And that is a complete contradiction to any notion of freedom of the press.”

Several Commentators correctly pointed out that even if the people who control the news feed had the best intentions, they are very likely to be influenced by powerful economic and political factors that will approach them.

As told by Rober McChesney, “No Facebook executive will ever meet up with a homeless person in order to hear his opinions”. This was confirmed by Mark Zuckerberg’s meeting with the distinguished Republicans.

And let us not forget that a social class can dominate the Internet without the use of daily human intervention.

Emily Kane: Really Charles, people will think…
Charles Kane: What I tell them to think.
From the film “Citizen Kane”

Proposals about internet providers offering higher data transmission speeds to companies that pay more are being put forward in Europe and the United States. That would mean that the internet will have a “two speed” data system. For example, a CNN text will be more easily accessible than a greek newspaper’s article and will therefore appear higher on search results from engines like Google.

But despite the fact that the oligopolistic control of social media and search engines tend to the creation of a 21st century “Citizen Kane”, few are the ones that discuss seriously about dealing with this threat.

The obviously solution, that will of course make neoliberals around the world dream of publicly burning this article, would be to nationalize Facebook.

“When you have a company so big that you can’t allow it to exist anymore but also can’t break it down into smaller ones” – Robert McChesney explains – “you should just remove it from the market”.

No one wants several different Facebooks, the same way no one wants several water supply companies installing several different water supply networks and sewer systems throughout the city. Therefore the formation of a monopoly is inevitable. And it’s always better for monopolies to be as close as possible to the democratic control of the citizens instead of being owned by a small team of businessman and CEOs.

Along the same lines, Jeff Spross from “The Week” argues that the same thing that today seems unthinkable (the nationalization of Facebook) is USA’s obvious solution when threatened by the creation of monopolies.

“When the cost of entering a market is enormous but the cost of operating within that market is minimal, competition obstacles arise. In the case of the so called natural monopolies, the control of the enterprises usually fails to the American Nation, the states or the municipalities.

The difference with Facebook is that it managed to gain monopolistic features without relying on expansive infrastructure like telecommunication and water supply companies did.

It’s worth noting that Internet providers in third world countries don’t offer any other Internet service than Facebook access. Naturally, the next question is which country will nationalize Facebook. Unfortunately the obvious answer to this (currently) rhetorical question is USA.

Of course, all of the above are but a vague mental exercise for the people of Europe who vote for “leftwing” governments that even dare to privatize the natural monopoly of water supply systems.

INFO
Read:
Why we should just nationalize Facebook.
Jeff Spross from “The Week” explains why nationalizing Facebook is the only logical solution for the USA Government.

Watch:
“Catastroika” (2012)
Our documentary about failed cases of privatization and the need of nationalizing enterprises.