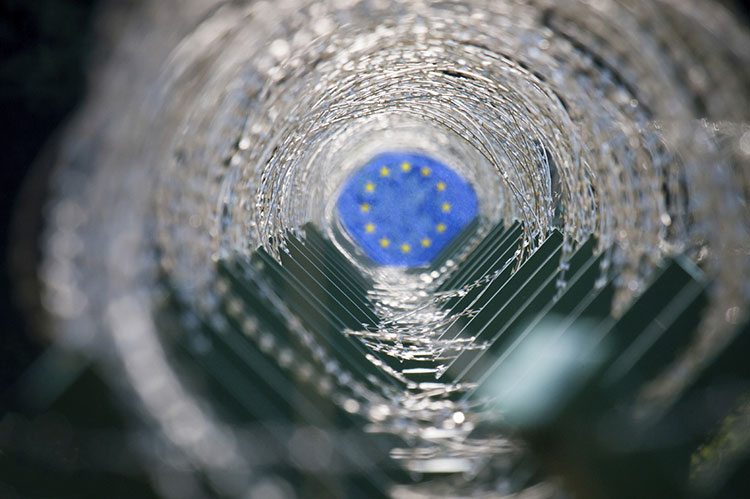 Someone is lying for the returned refugees

Original Title: What did the European Commission forget to tell us about the returnees of the EU-Turkey Deal?

Reading from their letter dated 23 December 2016:
[…]UNHCR does not benefit at this stage from unhindered and predictable access to pre-removal centres in Turkey and to the Duzici reception centre.’’ And goes on to detail that ‘’UNHCR was able to conduct individual interviews with 45 of the 82 Syrians who were readmitted as of 7 November 2016’’.

The letter is silent as to what happens to people of other nationalities or even if their has been an effort to speak to them.

Moreover: ‘’Second, UNHCR needs to seek authorization to visit the centre at least five working days in advance which, in practice, does not allow for timely monitoring of some individual cases.
Third, UNHCR does not systematically receive information on the legal status and location of individuals who have been readmitted from Greece and is not always able to track their location and monitor their situation once they have left the reception centre.’’

In numbers:
‘’Out of the 82 Syrian nationals readmitted from Greece, UNHCR is in a position to confirm, based on direct contacts, that 12 of them (re)acquired temporary protection’’

If monitoring is almost impossible with such low numbers who can expect a proper monitoring if the pace of returned refugees increase dramatically? We should also bear in mind that there is virtually no independent oversight in these centers in Turkey (EU Commission is not an independent observer even if they do get access)
This of course also raises the question of the responsibility of the Greek authorities who have the responsibility to ensure that those they return (voluntarily or not) will enjoy their full set of rights.

The lack of access is all so important because that UNHCR monitoring was presented as a guarantee when the deal was adopted. According to the EU Commission:
‘’ [Turkey] Agreed to allow the EU to monitor regularly the situation of Syrians and non-Syrians returned to Turkey, including access to refugee camps and centres, and concluded an agreement with the UNHCR to provide access to removal centres to monitor implementation of international protection procedures. The first visits to these camps and removal centres have already taken place;’’
[http://europa.eu/rapid/press-release_MEMO-16-1664_el.htm]

However, the latest information provided by the EU Commission seems to be contradicting UNHCR’s statement latest info. In their latest report the EU Commission don’t seem to find any problems regarding the agreed access, on the contrary: ‘’ Turkey has agreed to allow the EU to monitor regularly the situation of Syrians and non-Syrians returned to Turkey, including access to refugee camps and centres, and has concluded an agreement with UNHCR to provide access to removal centres notably to monitor Turkey’s practices in relation to international protection procedures. The United Nations High Commissioner for Refugees and the EU Delegation to Turkey have recently visited the removal centre in Kirklareli and the refugee camp in Duzici.’’
[ http://europa.eu/rapid/press-release_MEMO-16-4321_en.htm / 8 December 2016 ]

So the two statements, drafted more or less the same time, don’t add up. Either the serious issues UNHCR is reporting exist and the EU Commission is concealing important facts or UNHCR is providing false information. I would go for the former. UNHCR might have taken way too long to state formally that they don’t get to see much of the returnees but at least provided concrete info.

Does the EU Commission know all that and why do they think is all fine? What are they keeping hidden? Are the letters sent by the EU Commission to the Greek authorities claiming Turkey is safe for refugees of equal credibility? Could someone ask Ms Bertaud during the press briefing? 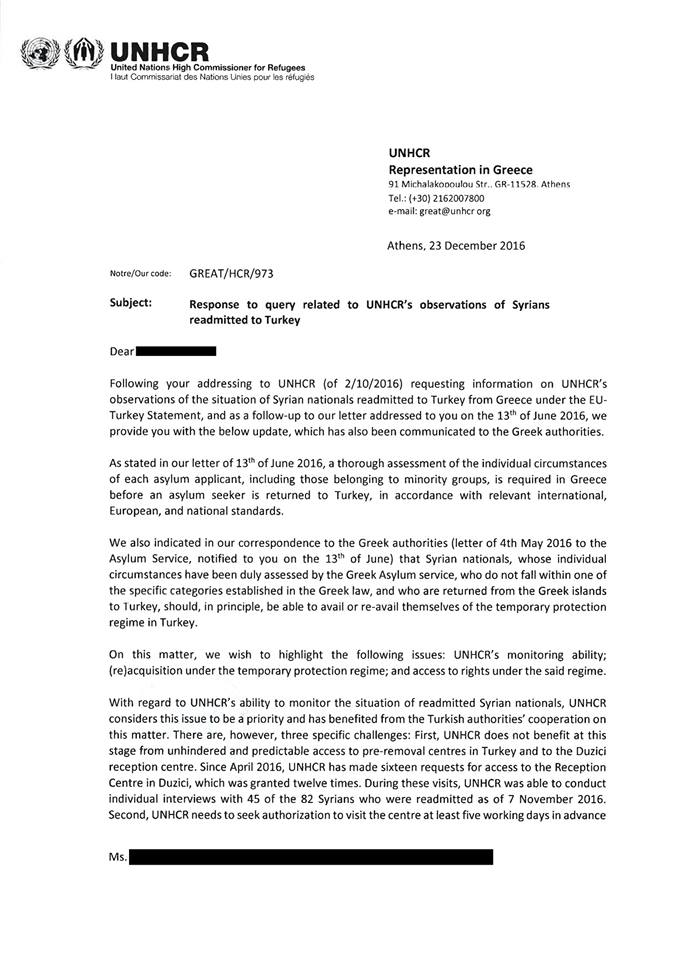 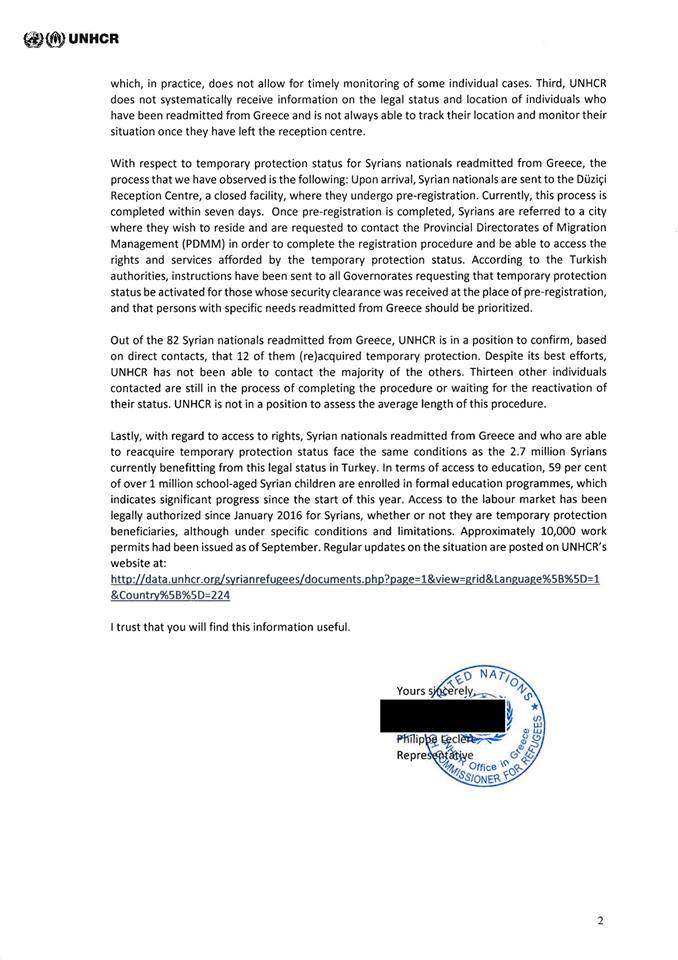