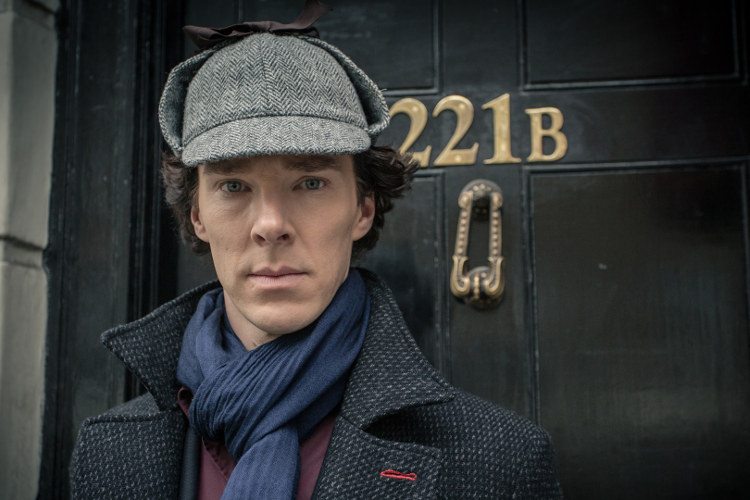 The Year of Sherlock Holmes

The hero of Arthur Conan Doyle, 130 years after his birth, appears to be balancing between a world of human ingenuity and a world of violence. And that is something his traditional fans don’t like at all.

“Miss me?” the giant posters and screens ask grandiosely at the middle of London, while they prepare the audience for the fourth season of Sherlock; possibly the most popular small screen transition of Arthur Conan Doyle’s work.

“Sherlock”, Guardian wrote, “is slowly and perversely morphing into Bond”. The critique was based on the fact that the hero and his comrades have to rely on brute violence more and more often, leaving human ingenuity to a second place.

Guardian’s comparison between Sherlock Holmes and James Bond could not have caused any more anxiety to those that perceive the two heroes as symbols of two entirely different eras of the history of the British state.

Ian Fleming’s much younger hero is born at 1953, the time that Great Britain sees that the end of World War 2 brought decomposition to an empire where the sun used to never set. After only three years, the Sudan Crisis would confirm Britain’s loss of power in a humiliating way, which forced London to crown USA as a new superpower.

In fact, James Bond is the offspring of Britain’s decline and Americanization and has to rely on dozens of gadgets in order to stay alive.

On the other hand, Arthur Conan Doyle’s hero was the expression of the United Kingdom’s rise, when wealth (which was extracted from the blood of the colonies and the sweat of British workers) was combined with an explosive growth in science and technology. It’s the era that Darwin introduces the theory of evolution, while the chemical industry evolved at a terrifying rate.

Doyle gifts his hero with the extract of the new knowledge that becomes available to humanity but also… available to the police. It’s worth noting that the year that Sherlock Holmes’ adventure “The Dog of Baskerville” is introduced, Scotland Yard uses fingerprints for its investigations for the first time.

Therefore the fact that “Sherlock Bond” now has to use his knuckles in order to survive signs the end of an era. In the recent years, many were those who saw a relation between series like CSI, Dr House and Sherlock that brought back science and logic into the small screen.

When you have eliminated the impossible, whatever remains, however improbable, must be truth?
Sherlock Holmes

After almost an entire decade (1993-2002) of mysticism and the conspiracist logic of X-files, heroes were returning to the labs and were turning to knowledge and intellect in order to find a solution to their problems.

Series like CSI are said to have caused an important increase in applications to Criminology, while the eccentric Dr. House is still a secret role model for thousands of medical students around the world.

For the record, we should point out that Dr. House is probably closer to the original Sherlock Holmes, which Arthur Conan Doyle had inspired from an elder medical professor who could diagnose his patients just from their appearance.

So, is Sherlock’s gradual conversion to James Bond a sign of science’s and logic’s retreat against brute force – a symbol of Donald Trump’s rise to power? Before we rush crowing Sherlock Holmes with the crowns of human progress, we should remember that he was the creation of a dark mind and an even darker era.

The original Sherlock Holmes reflects the middle and upper classes of the capitalist England, which live under constant threat of the masses that will possibly rise up and overwhelm them.

The hero, distant and snob, sets clear lines between the social classes. At the same time that Dickens joined the side of the proletariat and described the terrible working conditions during the industrial revolution, Doyle joined sides with the capital.

Victorian England was a turning point, where science promised to set humans free. The ruling class however used it to secure their authority.
Doyle used science in his novels but he himself, sunk into mysticism and was thrilled by charlatans who claimed to be mages. Sherlock Holmes was as “progressive” as the heroes of CSI who use science as a tool of repression are.

So let’s not place our hopes and fears about the future of humanity on a distorted novel. Maybe, as Daily Mail put it, the only interesting scene in the first episode of the new season was the destruction of the busts of Margaret Thatcher. We can’t tell you more because that would spoil the plot.

INFO
Visit:
Sherlockholmes.stanford.edu
Researchers from the University of Stanford introduce the social, economic and political reality of Victorian England in which Arthur Conan Doyle created Sherlock Holmes 130 years ago.