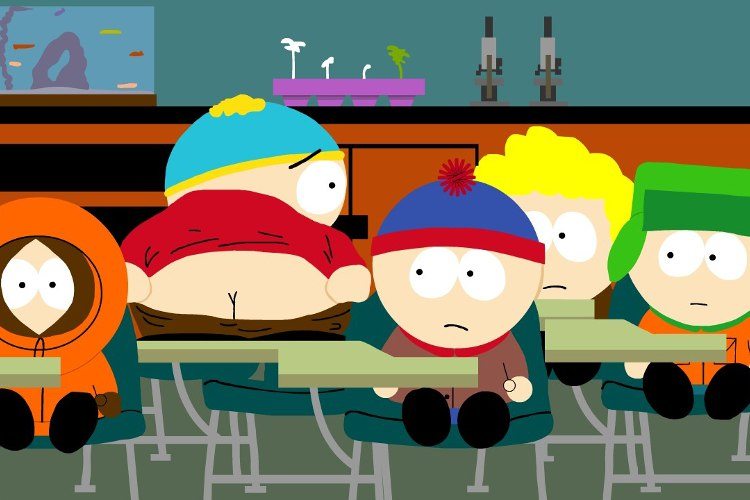 “You are sad that people are mean? Well I’m sorry the world is not one big liberal arts college campus.”

South Park was never known for the politeness of its characters. During season 19 however, it declared a restless war against political correctness.

A character named “Reality” dared to speak out the phrase above and he paid that with his life. The (politically correct) residents of South Park executed him at the town’s main square.

The town was overrun by built bullies that harassed anyone who used politically incorrect speech and offended ethnic, racial or sexual minorities.

They were led by the school principle who almost punched a student to death at the first episode, screaming: “You dare to use words that alienate communities of people who have to deal with verbal biases like yours on a daily basis!?!”

The creators of South Park have earned a place in the hearts of the most progressive layers of American society.

But at the same time, the episodes about political correctness would be praised by the American and European Far Right – from hardcore republicans and the fascists of the Alt-Right to Britain’s Nigel Farage.

Political correctness has been commonly taking hits both from the Left and the Right.

At the beginning of the 20th century, it was aligned with the political views of the communist regimes of USSR and China.

We first met political correctness in its current form during the 70s and the text of the New Left.

It would soon acquire an ironic denotation, when the feminist movement used it to sneer at its own ultra-Orthodoxy and the extremity of some of its members.

At the 90s, political correctness accompanied the (neo) liberal conservativism that dominates the American universities. Consequently, it would receive fire from the Left.

But today it once again became the target of the Far Right, which conceives it as a form of censorship that has been imposed by the elite to the demoralized middle and lower layers of the white population.

As a reaction to this, there are those who tried to attribute political correctness to progressive and leftist powers – a tool used to fight racism, xenophobia, sexism and uniformity. But which exactly is this left we are talking about?

“What is PC but a verbal form of gentrification? Spruce everything up, get rid of ugliness to create a false sense of paradise.”
South Park

The recent years the American universities have begun treating their students as potential victims of a traumatic shock – the kind that is normally observed on victims of rape or war veterans.

Political correctness is now being related with terms such as “micro-aggression” (the unconscious use of derogatory words against racial or sexual minorities), “trigger warnings” (professors must warn the class that the next lesson might contain information that could shock students) and “safe places” (spots were students can relax without the anxiety of being insulted for their racial, ethnic, religious, sexual and cultural roots or preferences).

The result would even make Kafka freeze in fear.

Professors are fired for a wrong word they used during a lecture and speeches are being cancelled in case they might offend a student. A political slogan on a wall is treated like a ticking bomb.

Of course no one seems to care that the universities have their doors closed for the poorest of students or that there are actually very few blacks and Hispanics who can afford the tuition. No one seems to mind that the quality of the studies is being downgraded due to the new work relations of the professors and the university’s attachment to companies that openly interfere with the teaching process.

Everyone trembles that a black, Buddhist, gay, fat or Jewish student will hear or read a word that will break his/her emotional world.

The administration of the market-based universities found an inexpensive way to satisfy the demands of their student-clients, through political correctness.

At the same time the American Right and media ridicule those demands by portraying university students as spoiled rich kids.

In reality, the two sides play their own predetermined roles.

In 2015 a radical movement of students appeared. They asked for lower tuitions, increased payments for the professors, the releasement of studies from the war industry and economic relief for the poorest of students. Their demands were silenced and ignored.

On the other hand, every inexpensive neoliberal demand that views individuality and identity acceptance as the sole means of social change is applauded by the liberals.

Every proposition for the protection of minorities is ridiculed by the Right.

The goal of both is that concepts like class struggle and collectivity will never be heard.

Universities became a reflection of Clinton’s campaign, who is indifferent towards the impoverishment of huge parts of the American society (especially of blacks and Spanish) but she is ready to give her life so that words like “sissie” and “negro” will never be heard in a conversation.

We all know the results. Trump got elected president gathering a lot of votes even from the black community.

A detail that even South Park failed to predict.