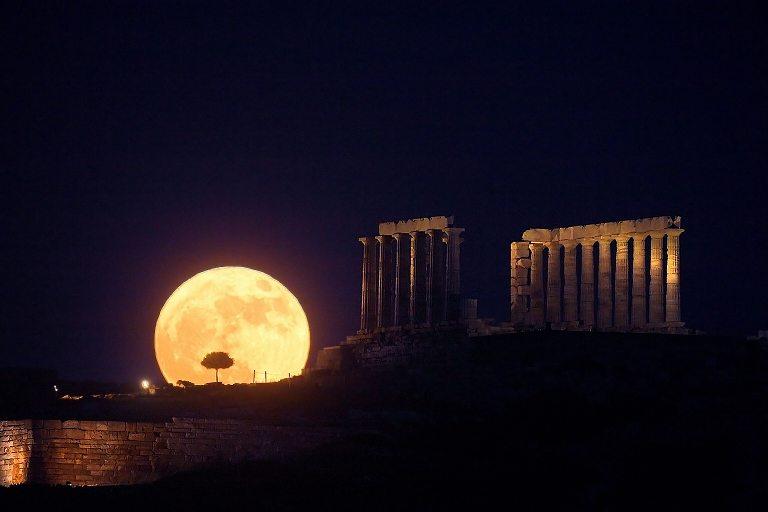 New Internationalist: Tricks, lies and anger as Greece goes to the polls

A full moon, a meteor shower and a rare astronomical phenomenon will set the stage for the Greek parliamentary elections. A nebulous political environment, marked by the fall of the two-party system and the exacerbation of the class struggle, will characterize the day after 6 May.

The images ranged from disappointing to ridiculous. Barely 1,000 people had gathered for the PASOK campaign rally in the Greek port of Thessaloniki. The so-called socialist party with the neoliberal policies attempted to hide the fact through smart filming techniques, like close-ups and low-angle shots. But the shadow of the rallies of the 1980s and 1990s, which attracted hundreds of thousands or even millions of people, was more present than ever.

In the city of Serres, New Democracy wasn’t faring any better. A crowd of just 400 citizens had come to hear its leader speak, creating a fair amount of panic at the centre-right party’s headquarters.

The turnout at the rallies is largely consistent with the parties’ likely percentage at the polls. PASOK and New Democracy have been alternating in the government of Greece for almost 40 years now, always collecting between 70 and 80 per cent of the votes. In the forthcoming elections, they are expect to gather a lot less than 50 per cent combined – paying the price for their support of the austerity measures that followed the Greek ‘rescue’ packages.

The seven million Greeks who are being called to vote saw their income fall by 25.3 per cent in 2011. Their ballot will be cast with rage and, for the first time in recent history, the election seems to have many ‘serious’ contenders. The fragmentation of the political landscape is phenomenal. In the sphere of the Right, for example, there are five parties vying for the citizens’ vote. In total, 9 to 10 parties are expected to pass the 3 per cent barrier in order to enter parliament. Many of them belong to the political centre and are promoted by the media as ‘safe’ receptors of social discontent.

In this framework, unable to treat the country’s woes, PASOK and New Democracy have resorted to ‘tricking’ the voters. The PASOK leader is comically trying to present himself as the ‘Greek François Hollande’ who, together with his French comrade, will change the balance of power in Europe for the benefit of the people. It is also widely believed that his party was behind the recent arrest of a former PASOK minister for money laundering. While the scandal was common knowledge for many years, the deeply corrupt politician was arrested on the same day as the proclamation of the elections, passing a message of internal ‘catharsis’ in PASOK that is extremely convenient during an electoral campaign.

As for New Democracy, its leader pretends to refuse any possibility of post-electoral collaboration, even though it is certain that he won’t be able to form a one-party government. His campaign rhetoric is focused on very conservative, reactionary slogans, in an effort to stop the leakage of his party’s traditional voters towards the extreme right. This phenomenon can to some extent also be observed in the rhetoric of PASOK, and it is interesting to examine it in combination with the narrative about the ‘rise of the extremes’ that is dominating the Greek pre-election mainstream discourse.

(Rightwing) extremism is already at the heart of Greek political life: not only because former supporters of the Greek military dictatorship have occupied key government positions, but also because mainstream politicians are already embracing extremist rhetoric, such as characterizing immigrants as a ‘health time-bomb’ that should be isolated from the rest of the population.

The Left, of course, decries such attitudes completely. However, the Greek communist party, SYRIZA, and the extra-parliamentary leftist parties remain divided not only on ideological grounds but also on the scope and the conditions of creating a common front between them.

Nevertheless, the only thing certain in these elections is that the presence of the Left in the Greek parliament must be enforced. In the following months, the Greek people will face new austerity measures as well as a reform in the tax system. The pressure from foreign lenders, together with the local financial élites, will intensify and the coalition that takes hold of the country’s reins after the elections will try to crush all popular resistance. The fight must be fought on a double front: inside the parliament and on the streets.