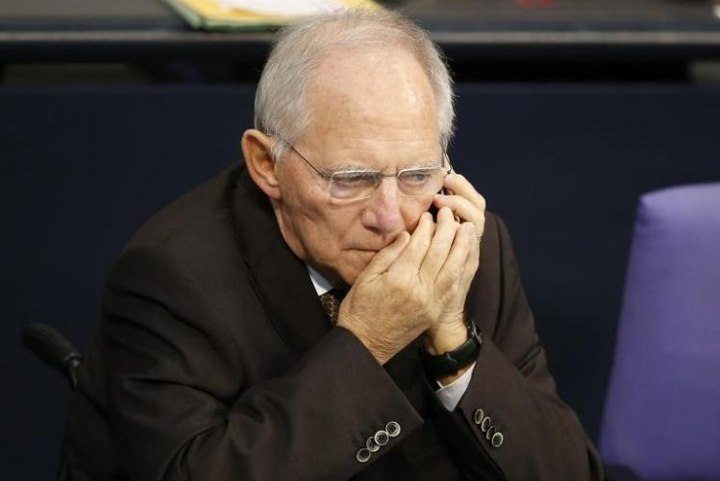 Mainstream media believe that there is a question that still remains to be answered after the Italian referendum. – Will Brussels and Berlin receive its message?

The question itself implies that Merkel, Schauble and some other EU officials cover their own ears and will not listen to the messages sent by the people of Europe.

If you ask for a reason behind this, some will probably tell you about the protestant morality of the German capitalism that allows no deviation from the economic orthodoxy. Others might also mention the collective psychological trauma of the German people that will not allow even the slightest, healthy inflation because they are still being haunted by the ghosts of the Weimar Republic.

Those statements are true but irrelevant. Blaming Merkel’s and Schauble’s stubbornness for the problems of the European Periphery is like blaming the immorality of some bankers for the 2007-2007 financial crisis and claiming that if those bankers suddenly disappeared, everything would return to normal.

Of course, that’s an opinion that suits the interests of governments and servants of the European Union, who try to convince the people that everything will be ok once those evil politicians eventually go away due to old age or elections.

Unfortunately, even if Germany were to completely disappear from the map one morning, Europe’s second economy would just take its place immediately.
That’s how the single currency is structured, and that won’t change no matter who is in charge of Europe.

At the first years of the Eurozone, Berlin did not seek a leading role in the monetary union. Eurozone was mostly an attempt of France and other countries to control the economic supremacy of the unified Germany.

The Italian message was primarily sent to the Italian government and the Italian Prime Minister, who was not elected but managed to rule through the support of Confidustria, the General Confederation of Italian Industry. And that’s how it should be.

If the Italians had tried to send their message directly to Europe, they would soon realize that it would never be delivered because the Eurozone network won’t allow that.

And when your network won’t deliver your messages you better change the provider.