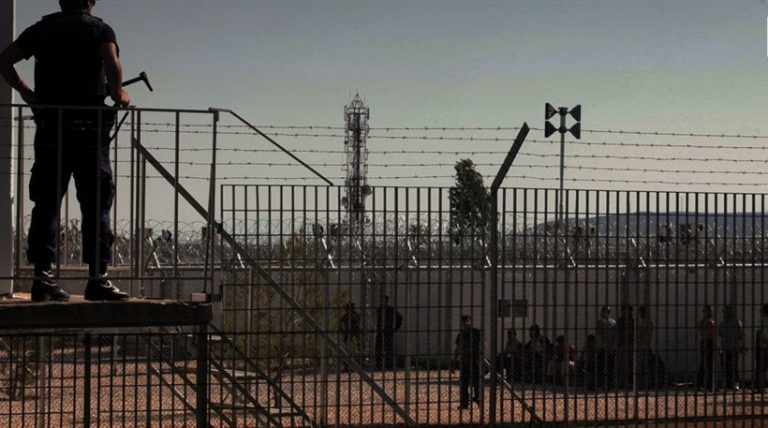 Press announcement – Lawyers for the rights of migrants and refugees

In crisis-stricken Greece operation ‘Xenios Zeus’ has been used by the Greek government as a means of rounding up a redundant and unemployed segment of the migrant labour force from the center of Athens under the pretext of controlling the legality of their residence.

These people have been transferred to new detention centers (Amygdaleza, Corinth, Xanthi, Komotini, etc.) set up specifically for this purpose but which hardly differ from extant facilities (police stations, former warehouses, etc.) that were the subject of a Public Statement by the Committee for the Prevention of Torture of the Council of Europe in March 2011 and have given rise to a multitude of convictions by the European Court of Human Rights on grounds of the inhuman and degrading treatment of the detainees.

In the Amygdaleza detention centre of Xenios Zeus, the use of containers has exacerbated the torment of the summer heat; in Corinth, a detainee who had been deprived of the necessary medical care was transferred to hospital only to die; reactions and protests from within all new detention facilities in the country are ongoing.

The greatest agony, however, which the people transferred to Amygdaleza and other facilities have to endure, is the prospect of the indefinite extension of their detention. While until 2009 immigrants awaiting deportation were held up to three months, this was increased to six months during the ministerial tenure of Mr Dendias, to twelve months after the start of operation Xenios Zeus and – since the beginning of August – to an unprecedented maximum period of 18 months, an extension which has triggered a series of protests.

Against this unceasing flow of extending the maximum period of detention, nobody builds a dike. Even if the European Court has been convicting Greece in a by now repetitive manner because of the absurd periods of detention in unacceptable facilities, the Greek judges have been validating the indefinite extension of the detention period, even when there is no reasonable prospect of returning these people to their homelands. They have thereby uncritically been siding with the roars of extreme nationalist groups, that apparently wish for solutions more radical than ‘mere’ detention.

The recent unrest in Amygdaleza, however, has shown everybody that even the barefoot ones may rise up – probably because they have nothing to lose. What was the reaction of our State? The authorities pressed rebellion charges against 41 detainees in order to set an example for the rest. This means that for 41 people the maximum period of detention will be surpassed by their incarceration in prison, for a criminal offence this time. And most likely they will be subsequently held for another period of 18 months with a view to deportation that the court will have ordered.

We must ask ourselves however if development via prisons and detention centers is what debt-stricken Greece should be aspiring to. We hereby remind all those who think that the detention of immigrants is not an issue that directly affects them, that the first medical experiments with HIV-positive women and drug addicts (like operation ‘Thetis’ in Amygdaleza detention center earlier this year) are already a fact and that the detention facilities that are currently under construction or planned, will eventually accommodate all outcasts. This is not just a fear but an explicit forewarning put forward from within the podium of the Greek Parliament by a representative of the neo-nazi party.

Already today and tomorrow, it will be decided whether we will continue to hold on remand those who dared to protest against the deplorable conditions and their period of detention.

We anticipate judges who will stand up and stop the slide of this country along dark paths. We remind them of the precedent set a few months ago by the court in Igoumenitsa when it acquitted from all escape charges other prisoners who had been held under similar conditions of detention.