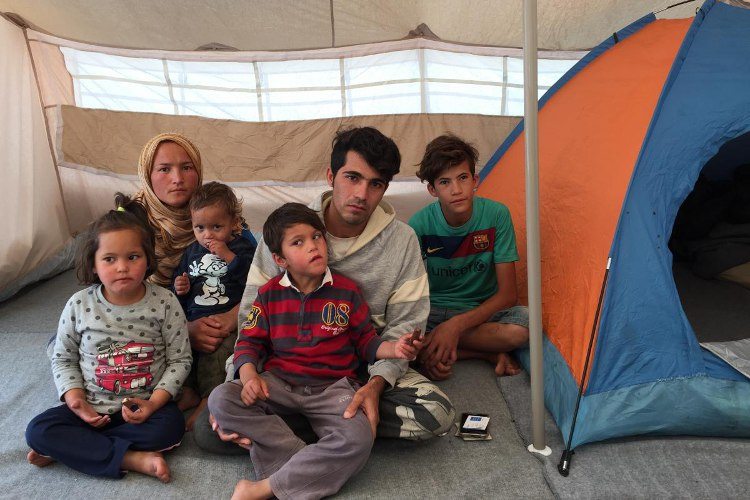 Refugees, asylum seekers, and other migrants with disabilities are not properly identified and do not enjoy equal access to services in reception centers in Greece, Human Rights Watch said today. Together with thousands of other migrants and asylum seekers, they remain unprotected from freezing temperatures.

The European Union has provided significant funding to the Greek government, and to United Nations and nongovernmental agencies, to operate the centers on the Greek eastern Aegean islands, known as “hotspots,” and camps on the mainland. But asylum seekers and other migrants with disabilities have particular difficulties getting basic services such as shelter, sanitation, and medical care, and like other vulnerable migrants, have limited access to mental health care. For example, one older woman who uses a wheelchair had not been able to take a shower for a month.

The UN refugee agency (UNHCR), eight international aid organizations, and one local group operating in refugee sites in Greece all told Human Rights Watch they have little to no targeted programs to respond to the rights and needs of asylum seekers, refugees, and other migrants with disabilities.

The deeply flawed EU deal with Turkey to return asylum seekers there, border closures along the Balkan route, mismanagement, and a lack of coordination among EU governments have left approximately 62,700 asylum seekers and other migrants bottle-necked in Greece. According to the European Commission, as of January 12, 2017, only 7,448 people have been relocated or are scheduled to relocate under the EU Relocation Mechanism – about 12 percent of the 66,400 places agreed upon in 2015. Those left in Greece live in deplorable and volatile conditions, without access to adequate services and accommodation. Thousands of refugees are enduring extremely harsh winter conditions in flimsy tents across Greece with temperatures as low as -14 degrees Celsius. Those with disabilities are among those at particular risk.

On the basis of research carried out in mainland Greece and on the Greek islands in October 2016 and January 2017, and follow-up phone interviews in December 2016 and January 2017, Human Rights Watch found that asylum seekers and refugees with disabilities are not properly identified in Greece, in part because of a rushed registration process and the need for better guidance for staff. Without an adequate understanding of the scale and needs, aid agencies cannot respond effectively.

Mental health services, much-needed by asylum seekers and other migrants, are also seriously inadequate. Half of the 40 migrants Human Rights Watch interviewed said they or family members are coping with trauma, anxiety, or depression as a result of the violence in their home countries, their treacherous journeys, family separation, or the uncertainty and insecurity in the camps.

“Amra,” a 19-year-old woman from Afghanistan, said she had asked to see a doctor in the Kara Tepe camp in Lesbos about her suicidal thoughts. “I don’t want to hurt myself, I struggle myself,” she said. An aid group working in the camp counseled her twice, she said, then told her they couldn’t help her further. She had a couple of sessions with a psychologist after the Human Rights Watch visit.

Since 2015, the European Commission has provided over €125 million to the Greek government and almost €370 million to aid agencies and international organizations to assist refugees, including the UNHCR. The Greek government and the UNHCR have been criticized for failing to use the EU funding to adequately improve conditions at the camps before the onset of winter, leaving thousands sleeping in freezing conditions.

The UNHCR and the Greek government should ensure that the allocated funds benefit all refugees without discrimination, including people with disabilities, Human Rights Watch said. The EU should request information from its implementing partners to ensure that programs it funds benefit people with disabilities and other at-risk groups. The EU and its member states should step up its efforts and provide additional resources to Greece, which is also coping with economic problems, and ensure that the aid is spread equitably across the camps.

Greek authorities, with support from other EU member states, the UNHCR, and aid groups, should immediately ensure that people with disabilities and other at-risk groups, including children, have equal access to assistance provided in refugee and migrant centers and camps – including water and sanitation services, food distribution, shelter, and health care including mental health and psychosocial support. Failure to do so is discriminatory and violates the UN Convention on the Rights of Persons with Disabilities and EU law.

With current winter conditions, the Greek government, with the support of the UNHCR, should prioritize urgently moving anyone with a disability, along with other at-risk groups such as pregnant women, children, and older people, who are still in tents to heated prefabricated housing units with hot water. All persons currently living in tents should be moved to appropriate accommodation as soon as possible.

In the long-term, the Greek authorities, with the support of the EU and the UNHCR, should end encampment for everyone and provide accommodation in the community. Living in camps can perpetuate the trauma of displacement and increase other critical protection risks, including physical and sexual violence and health concerns.