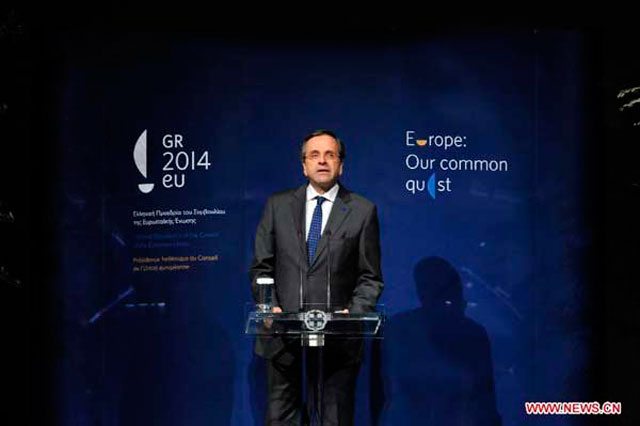 Twenty trade unions, human rights and civil society organisations from across Europe sent a letter to the President of the European Parliament to ask him to undertake a Report on the situation of human rights, the rule of law and democracy in the country holding the Presidency of the European Council, under article 7 of the TEU.

The letter documents the wide range of serious violations of the European Charter of Fundamental Rights, which are systematically perpetrated in the country especially since it was subjected to the harsh Troika-led economic programs in 2010.

In the course of the week, Greek Ministers will appear before several European Parliament committees. Signatories urge MEPs to use the opportunity to interrogate them on the basis of evidence contained in the letter.

“The European Parliament must use its powers to investigate and possibly initiate a procedure under article 7 of the Treaty on European Union, we have provided them a solid basis to this. It was hard to find a single article of the charter for fundamental rights that isn’t breached today in Greece’’ said Serge Kollwelter, president of the European Association for the Defense of Human Rights.

Greece is well into the 6th year of depression with unemployment recording European heights leaving the majority of the county’s youngest, 57,9% according to latest figures, out of work. Thousands of people have to go without access to healthcare or electricity and basic services such as education and hospitals are been dangerously downgraded. Protestors are faced with the excessive and life-threatening violence, detainees are tortured by the same police who stand by idle as neo-Nazi groups terrorize and even kill migrants. All along the borders with Turkey, refugees and migrants are routinely faced with life threatening push backs and ill-treatment.

“Is this the future for all Europeans and who’s next? When we are faced with such serious violations inaction equals complicity. The European Parliament must act even at the latest hour and shout that Human Rights can’t be sacrificed, people aren’t simply numbers” said Themis Balasopoulos, chair of the Greek federation of municipal workers (POE-OTA)

Renaud Vivien, co-secretary general of CADTM said: “Human Rights are sacrificed in the name of paying an illegitimate debt which has only increased in these four years, despite the brutal cuts in public spending. Therefore it is urgent to audit the debt carried by the Greek people and cancel any part founded as illegitimate without any conditions”.

Read the whole letter in English, French and Greek