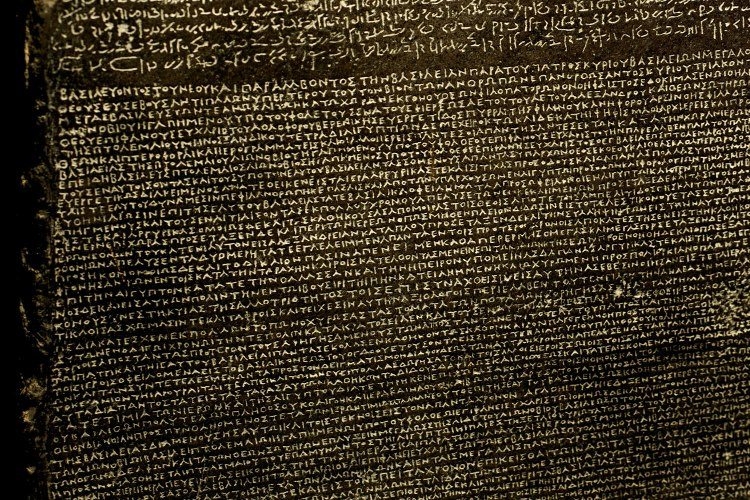 We must pierce the smoke-screen of creditors and re-establish the historical truth. Repeated and generalised debt cancellation has occurred throughout history.

The Hammurabi Code is in the Louvre Museum, in Paris. The term “code” is inappropriate, because what Hammurabi left us is a set of rules and judgements on relations between public authorities and citizens. Hammurabi began his 42-year reign as “king” of Babylon (located in present-day Iraq), in 1792 BC. What most history books fail to mention is that, like other governors of the City-State of Mesopotamia, Hammurabi proclaimed the official cancellation of citizens’ debts owed to the government, high-ranking officials, and dignitaries.

The so-called Hammurabi Code is thought to date back to 1762 BC. Its epilogue proclaims that “the powerful may not oppress the weak; the law must protect widows and orphans (…) in order to bring justice to the oppressed”. The many ancient documents deciphered from cuneiform script have enabled historians to establish beyond any doubt that four general cancellations took place during Hammurabi’s reign, in 1792, 1780, 1771, and 1762 BC.

In Hammurabi’s time, economic, political, and social life were organised around the Temple and the Palace. Those two closely enmeshed institutions, with their numerous artisans, workers, and, of course, scribes, constituted the apparatus of the State, not so very different from today’s governments. The Temple and the Palace provided their employees with board and lodge: they thus received food rations sufficient for two full meals a day.

The peasantry was provided with land (which they rented), tools, draught animals, livestock, and water for irrigation, so that they could grow food for the workers and dignitaries. Thus, the peasants produced barley (their staple grain), oil, fruit, and vegetables, a portion of which, when harvested, they had to pay to the State as rent. As well as the land they cultivated for the Palace and the Temple, the peasants owned their own land, home, livestock, and tools. When the harvest was poor, they accumulated debts.

They also incurred debt through loans granted privately by high-ranking officials and dignitaries eager to get rich and to seize the peasants’ property in case of default. If peasants were unable to pay off their debts, they could also find themselves reduced to the condition of serfs or slaves; indebtedness could also lead to members of their family being made slaves. In order to ensure social peace and stability, and especially to prevent peasants’ living conditions from deteriorating, the authorities periodically cancelled all debt [1] and restored peasants’ rights.

Michael Hudson [2] is right to claim that general debt cancellation was one of the principal characteristics of Bronze Age societies in Mesopotamia. Indeed, there are various Mesopotamian words for these cancellations, which wiped the slate clean: amargi in Lagash (Sumer), nig-sisa in Ur, andurarum in Ashur, misharum in Babylon, shudutu in Nuzi.

Such proclamations of debt cancellation were an occasion for great festivities, usually at the annual celebration of Spring. It was during the dynasty of Hammurabi’s family that the tradition of destroying the tablets upon which the debts were inscribed was inaugurated — the public authorities kept a strict record of debts on tablets conserved in the Temple. When Hammurabi died in 1749 BC after a reign of 42 years, his successor, Samsuiluna, cancelled all debts to the State, and decreed that all tablets should be destroyed except those concerning traders’ debts.

The general debt cancellation proclaimed by Ammisaduqa, the last governor of the Hammurabi dynasty who came to the throne in 1646 BC, was very detailed, in a clear attempt to prevent creditors from taking advantage of loopholes. The cancellation decree specified that official creditors and tax collectors who had expropriated peasants should compensate them and return their property, on pain of execution. In cases where a creditor had taken some item of property using pressure, unless he gave it back and/or repaid its worth in full, he would be put to death.

In the wake of this decree, commissions were set up to review all real estate contracts and to eliminate all those which fell under the terms of the debt cancellation proclamation with a view to restoring the prior situation, statu quo ante. The enactment of this decree was facilitated by the fact that the despoiled peasants were usually still working the land, even though it was owned by the creditor. Thus, by cancelling the contracts and making the creditors indemnify the victims, the public authorities restored peasants’ rights. A little over two centuries later, the situation was to change for the worse.

The limits of debt cancellation

In Mesopotamia, during the Bronze Age, debt-slaves were freed, unlike other types of slave such as those seized at war. Nevertheless, this debt cancellation must not be presented as if it were a form of social emancipation. It was merely a way of restoring the pre-existing social order, which was rife with forms of oppression.

Without wishing to embellish the organisation of these societies of 3000 to 4000 years ago, it should be noted nonetheless that their rulers sought to maintain social cohesion by preventing the constitution of big private domains, and took measures to ensure that peasants enjoyed direct access to the land. They limited the rise of inequality while overseeing the development and maintenance of irrigation systems. Michael Hudson also insists that any decision to declare war was taken by a general assembly of citizens – the “king” did not have the power to make such decisions alone.

It seems that Bronze Age Mesopotamians did not believe in divine creation as the explanation for life on Earth. The ruler, confronted with chaos, reorganised the world to establish normal order and justice.

No further act of debt cancellation has been found for the period after 1400 BC; inequality increased and intensified. Land was taken over by big private land-owners and debt enslavement became commonplace. A large part of the population migrated north-west towards Canaan, with incursions into Egypt, which displeased the Pharaohs.

The ensuing centuries are known by historians of Mesopotamia as the “Dark Ages”, because of the dearth of written records. However, we do have evidence of violent social struggles between creditors and debtors.

Egypt: the Rosetta Stone confirms the tradition of debt cancellation

The Rosetta Stone, which was carried off by some of Napoleon’s army in 1799 during his Egyptian Campaign, was deciphered in 1822 by Jean-François Champollion. Today, it is in the British Museum in London. Its translation was facilitated by the fact that the Stone bears the same text in three languages: Ancient Egyptian, Egyptian demotic, and the Greek of Alexander the Great’s era.

The Rosetta Stone text confirms that the tradition of debt cancellation was upheld in Egypt by the pharaohs from the 8th century B.C., before Alexander the Great conquered the country in the 4th century B.C. It relates that the pharaoh Ptolemeus V cancelled all debt due to the Throne by the people of Egypt and beyond, in 196 BC.

Despite great differences between the society of Pharaonic Egypt and that of Bronze Age Mesopotamia, there is evidence that both had a tradition of proclaiming amnesty before general debt cancellation. Ramses IV (1153-1146 BC) proclaimed that those who had fled the country could return, and that those who were in prison should be freed. His father, Ramses III (1184 –1153 BC) had done the same.

Note that in the 2nd millennium BC there does not seem to have been debt enslavement in Egypt: all slaves were war booty. The proclamations made by Ramses III and Ramses IV concerned the cancellation of arrears on taxes owed to the pharaoh, the liberation of political prisoners and the possibility for those in exile to return home.

Not until the 8th century BC do we find, for Egypt, proclamations of debt cancellation and of liberation for debt slaves. Such a proclamation was made by the Pharaoh Bocchoris (717-11 BC).

One of the fundamental motives for debt cancellation was that the pharaoh wanted at his disposal a peasantry able both to produce plenty of food and to take up arms in military campaigns. For these two reasons, it was important to prevent peasants from being expropriated by creditors.

In neighbouring Assyria, the emperors of the 1st millennium BC also adopted the tradition of debt cancellation, as did the rulers of Jerusalem in the 5th century BC: in 432 BC Nehemiah, no doubt influenced by the old Mesopotamian tradition, proclaimed the cancellation of the debts of all Jews who owed money to their wealthy compatriots. This was at the very time when the Torah [3] was terminated. The tradition of general debt cancellation is an integral part of the Jewish religion and of early Christian texts, via Deuteronomy which teaches an obligation to cancel debt every seven years and the Book of Leviticus, on every jubilee, that is every fifty years.

In the present day, debt repayment has become a taboo subject. Heads of State and of governments, central banks, the IMF and the mass media, all present it as though it were inevitable, unquestionable, and obligatory. Citizens must resign themselves to paying off the debt. The only discussion possible focuses on how to distribute the burden of sacrifice needed in order to free up enough budgetary resources to fulfil the commitments of the indebted nation. The governments who have borrowed were elected democratically, goes the reasoning, therefore their actions are legitimate. The debt must be paid off.

We must pierce the smoke-screen of creditors and re-establish the historical truth. Generalised debt cancellations have been enacted repeatedly throughout history. These cancellations correspond to different contexts. In the cases mentioned above, proclamations of general debt cancellation were made at the initiative of rulers concerned with upholding social peace. In some cases, cancellations resulted from social struggles exacerbated by economic crisis and the rise of inequality.

This was the case in Ancient Greece and Rome. Other scenarii can also be envisaged, such as debt cancellation decreed by indebted countries that decide to take unilateral sovereign action, and debt cancellation conceded by a victorious country to a vanquished one and/or its allies. One thing is certain: historically speaking debt has always played a major role in social and political upheaval.

[1] Debts between traders were not concerned by these cancellations.

[2] This article is mainly based on the historical synthesis presented by Michael Hudson, doctor in economics, in several fascinating articles and books including: “The Lost Tradition of Biblical Debt Cancellations”, 1993, 87 pages; “The Archeology of Money”, 2004. Michael Hudson is part of a multi-discipline scientific team (ISCANEE, International Scholars’ Conference on Ancient Near Eastern Economies) comprising a number of philologists, archaeologists, historians and economists working on the ancient societies and economies of the Near East. Their findings are published by Harvard University. Michael Hudson approaches this work as an extension of the research carried out by Karl Polanyi. He also produces analyses on the current crisis. See for example “The Road to Debt Deflation, Debt, Peonage, and Neoliberalism”, February 2012, 30 p. Among works by other authors who, since the economic and financial crisis that began in 2007-2008, have written about the long tradition of debt cancellation: David Graeber, “Debt: The First 5000 Years”, Melvillehouse, New York, 2011, 542 p.

[3] The Torah (Jewish religious law) is the compilation of the texts which make up the five first books of the Bible: Genesis, Exodus, Leviticus, Numbers and Deuteronomy. They were not written in the order as we know them today.
Translated by Vicki Briault, Judith Harris and Charles La Via.