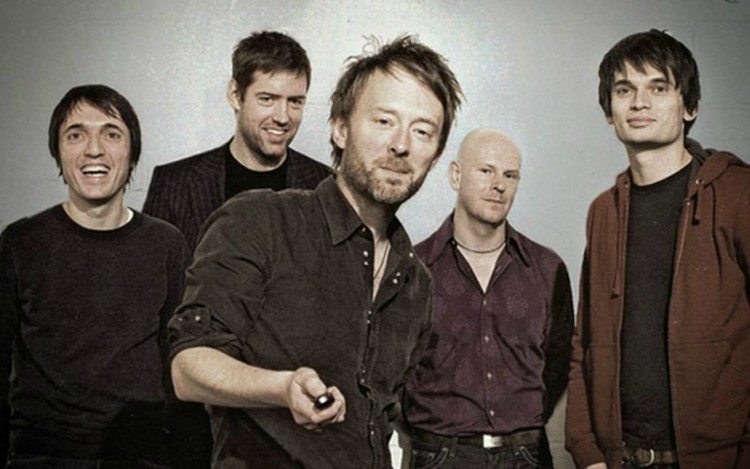 An open letter to radiohead

You’re listed to play Tel Aviv in July this year.

We’d like to ask you to think again – because by playing in Israel you’ll be playing in a state where, UN rapporteurs say, ‘a system of apartheid has been imposed on the Palestinian people’.

We understand you’ve been approached already by Palestinian campaigners. They’ve asked you to respect their call for a cultural boycott of Israel, and you’ve turned them down. Since Radiohead campaigns for freedom for the Tibetans, we’re wondering why you’d turn down a request to stand up for another people under foreign occupation. And since Radiohead fronted a gig for the 50th anniversary of the Universal Declaration of Human Rights, we’re wondering why you’d ignore a call to stand against the denial of those rights when it comes to the Palestinians.

Radiohead once issued a statement saying: ‘Without the work of organisations like Amnesty International, the Universal Declaration would be mere rhetoric’. You’ve clearly read Amnesty’s reports, so you’ll know that Israel denies freedom to the Palestinians under occupation, who can’t live where they want, can’t travel as they please, who get detained (and often tortured) without charge or trial, and can’t even use Facebook without surveillance, censorship and arrest.

In asking you not to perform in Israel, Palestinians have appealed to you to take one small step to help pressure Israel to end its violation of basic rights and international law. Surely if making a stand against the politics of division, of discrimination and of hate means anything at all, it means standing against it everywhere – and that has to include what happens to Palestinians every day. Otherwise the rest is, to use your words, ‘mere rhetoric’.

You may think that sharing the bill with Israeli musicians Dudu Tassa & the Kuwaitis, who play Jewish-Arabic music, will make everything OK. It won’t, any more than ‘mixed’ performances in South Africa brought closer the end of the apartheid regime. Please do what artists did in South Africa’s era of oppression: stay away, until apartheid is over.

Thurston Moore:
‘If any concerned, humanitarian-conscious activists employ a boycott to protest brutal injustice in their country and request artists and scholars to refrain from working and/or being promoted as supportive of the normalization of that country – then I choose NOT to cross that line and suggest to all to not be complicit. It is a small sacrifice in respect to those who struggle in honourable opposition to state-sponsored fascism.’

Robert Wyatt:
‘These international cultural events are of course great propaganda for this ruling regime’s desperately sophisticated image, fragrant camouflage for their relentlessly accelerating ethnic cleansing campaign in, for example, Jerusalem. Are you really comfortable with that?’

Ken Loach:
‘I do hope Radiohead, and Thom Yorke in particular, realise the damage they will be doing to the Palestinians if they perform in Tel Aviv. The Palestinians’ land is being stolen, they are being oppressed in every way, their daily lives made intolerable, many are imprisoned unlawfully in Israel, including shockingly, their children. I’m afraid your pious words will mean nothing if you turn your backs on the Palestinians. For their sake, and your own self-respect, please think again.’

Peter Kosminsky:
‘Some years ago, I had the great honour and privilege to work with the scarily talented Thom Yorke and Radiohead, when they allowed me to use their music for a film I was making about bullying. I’ve admired from afar their support for the Tibetans and for Amnesty International, and their championing of human rights. So I’m puzzled and really saddened to hear that they plan to play in Israel later this year. I would urge them not to do so. With Trump in the White House, the situation for Palestinians has become tougher than ever. They’ve asked for a cultural boycott of Israel, just as campaigners for freedom asked artists not to perform in Sun City during the apartheid era. I think we should assume they know what’s in their best interests and respect their wish, irrespective of other considerations.’