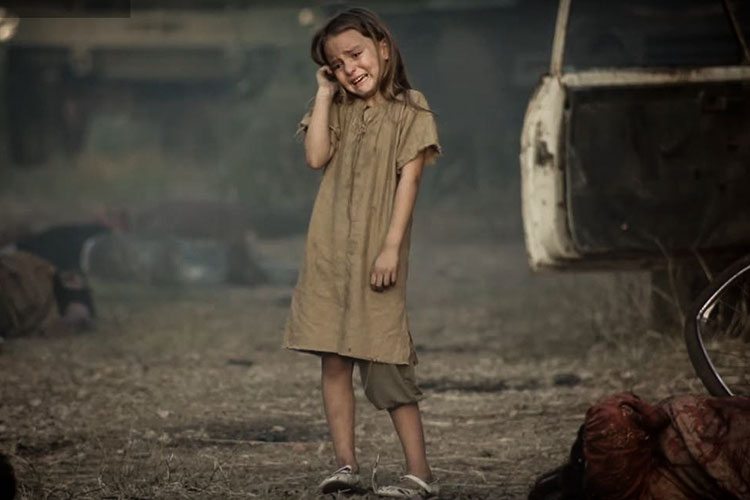 A misinformation spree at Aleppo

Aris Chatzistefanou
As if the brutality of the Syrian Forces alone weren’t enough, Western media which are often led by various ministries, departments and secret organizations, engage in a wild spree of misinformation.
In many cases, the main information sources of the American Media appear to be radical extremist groups, which have either collaborated or were part of Al Qaeda.

News of 20 women that committed suicide at Aleppo in order to avoid being raped by the Syrian Forces, flooded the internet.

This information is traced back on a single source – Abdullah Othman, head of the Consultative Council of the Levant Front, a network that consists of many extremist organizations financed by Saudi Arabia and Qatar, under the United States watch.

The Levant Front was shaped into its final form by an Ahrar al-Sham chieftain that collaborated with Al Qaeda.

Despite that, even New York Times relayed that rumour.

NY Times cites the Daily Beast, which cites a leader of the Levant Front, a Syrian rebel group that has been militarily allied with al-Qaeda pic.twitter.com/kz950wixxL

There are also tenths of incidents were old photos of Islamic State victims are introduced as pictures of people that died by the Syrian Army.

The most outstanding example, however, is the photo of a girl who is supposedly running in search of a shelter from the attacks of the Syrian Forces. In reality, the picture comes from a video clip from the Lebanese singer Hiba Tawaji. 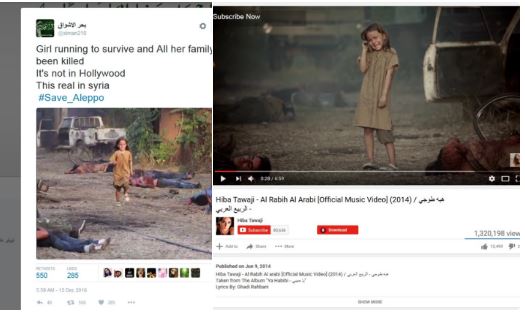 Max Blumenthal, author and writer, blamed BBC for only using anti-government sources to describe the situation and pointed out that one of them (we guess he is referring to the White Helmets organization) is being financed by the American government.

The BBC's sources in E Aleppo are the four most popular opposition accounts that tweet in English. One is funded by the State Dept. pic.twitter.com/8MM23eWPRO

Lastly, most of the Western media reported as if it was a fact, that the Syrian Army executed 82 non-combatants – Information that was relayed by the UN High Commissioner for Human Rights, even though he noted that it can’t be confirmed and that he wishes that it’s not true.

It should of course be noted that parties under the control of the blood-covered Assad Regime, take advantage of those incidents of misinformation and claim that every piece of information transmitted against their forces if fake.

In the end, just like Robert Fisk explains, our picture for the situation will constantly change the next days and weeks.

As he explains in his article “we’re going to learn a lot more about the “rebels” whom we in the West – the US, Britain and our head-chopping mates in the Gulf – have been supporting. They did, after all, include al-Qaeda (alias Jabhat al-Nusra, alias Jabhat Fateh al-Sham), the “folk” – as George W Bush called them – who committed the crimes against humanity in New York, Washington and Pennsylvania on 11 September 2001.

Remember the War on Terror? Remember the “pure evil” of al-Qaeda. Remember all the warnings from our beloved security services in the UK about how al-Qaeda can still strike terror in London?

Not when the rebels, including al-Qaeda, were bravely defending east Aleppo, we didn’t – because a powerful tale of heroism, democracy and suffering was being woven for us, a narrative of good guys versus bad guys as explosive and dishonest as “weapons of mass destruction”.